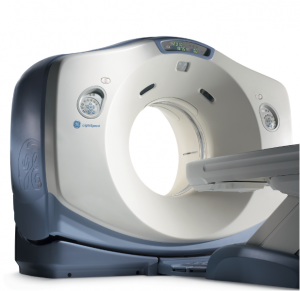 Today, the ease with which modern medicine diagnoses illnesses and injuries is almost taken for granted. It seems as though there?s almost nothing that cannot be discovered, diagnosed and treated.

It wasn?t always that way.

One of the most important developments in modern medicine was harnessing the power of X-rays to peer inside the human body. Before 1895, when X-rays were first used in medicine, physicians relied almost entirely upon the physical exam, their own knowledge and a little bit of luck to diagnose broken bones, tumors and even gunshot wounds.

Today, physicians still use their knowledge and expertise ? but those aren?t the only tools available to them. Modern imaging techniques allow physicians to see inside the brain, lungs, heart, abdomen, joints, spine ? just about every body structure. We have technology not just to see organs, but to see them at work.

One of the most powerful tools in the medical imaging arsenal is computed axial tomography, also known as CAT scan or CT scan. The CT scan is a relatively new technology, that uses X-rays along with computer technology to produce high-definition, detailed images of the soft tissues of the body. Its primary uses are in imaging the brain, lungs, pulmonary arteries, spine, and joints.

British engineer Godfrey Hounsfield and South African physicist Allan Cormack invented CT scan technology, in 1972, with a research budget of just $40,000. The very first scan took nine days to complete and used gamma radiation. The scan involved 160 passes around the object, one degree at a time. The computed part of the scan took several additional days to complete.

By using x-rays rather than gamma rays, the pair were able to reduce scan times significantly (to nine hours). By 1974, the technology was ready for medical application. These first scanners could only be used on the head and brain. In 1976, CT scanners were able to scan larger body parts, including the chest.

Fortunately, scanning and computer technology have improved vastly since CT technology was first introduced. Today, a chest CT takes just a matter of seconds, and results are available almost immediately.

Hounsfield and Cormack won the Nobel Prize for Medicine and Physiology with their medical innovation. Just as importantly, physicians gained access to a powerful new tool that has dramatically improved the ability to diagnose, treat and monitor disease. There are about 6,000 CT scanners in the U.S. today, with more than 72 million CTs performed annually.

CT scanning technology has helped patients by reducing uncertainty, trial-by-error and the need for exploratory surgery. One of the most exciting developments in CT scan technology is its use as a screening tool for lung cancer. It is the first, and only, screening that has been recognized by the U.S. Preventative Services Task Force as highly effective. Lexington Diagnostic Center has led the region in offering the service for more than 10 years.

?CT scanning technology really revolutionized medicine,? said radiologist Jason Harris, M.D., medical director/owner of Lexington Diagnostic Center. ?But as with everything we do in medicine, there are potential risks,? he noted. Among these is that CT scans expose patients to ionizing radiation, roughly equivalent to that of 200 chest x-rays. ?As powerful as this technology is, a patient should have a CT scan only when it is really necessary,? he noted.

To further ensure safety, patients should verify that any facility where they might receive testing follows the strictest protocols for safety and is accredited by an independent accreditation organization. Accreditation is the public?s assurance that the center meets or exceeds accepted safety standards including ALARA standards (As Low As Reasonably Achievable). Lexington Diagnostic Center is accredited by the Intersocietal Accreditation Commission for CT services.